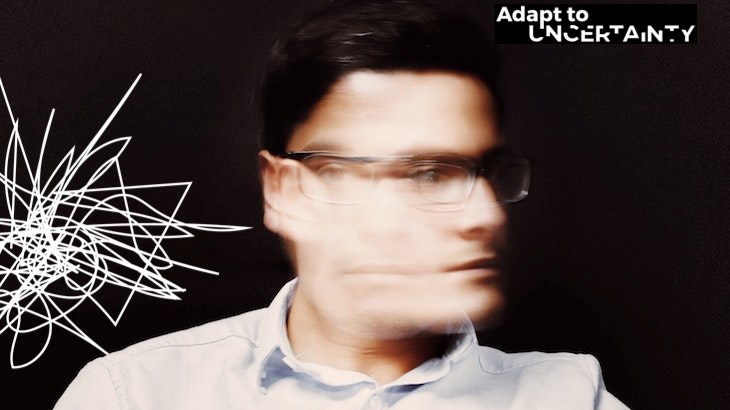 EPISODE 4: PANIC IS A NATURAL RESPONSE, AND IT'S CONTAGIOUS

Feeling disempowered in the face of uncertainty is a deeply natural response. When disempowered, which many of our brains are feeling now in the face of COVID-19, our brain-state is similar to our ancestors’ brain-state when they faced a moment of imminent death. You inherited this response. We all did. Each of us is seeing the world through their brains, and all the millions of brains that came afterward. These brains and their evolved responses are deep inside you - and everyone one around you.

We are now collectively hearing the predator’s roar. We know it’s out there. Except this ‘predator’ is invisible to the naked eye, which makes it all the more frightening. Think of the last horror film you watched. Most likely the setting was dark: either at night, in the deep sea or in outer space. And the predator (or attacker) didn’t make itself known. It hid. It stalked. Of course the coronavirus is not ‘stalking’ in any literal sense. But each of us knows that - given enough time - the likelihood of ‘being caught’ by the COVID-19 virus is not improbable. In fact a recent study by the Lab of Misfits (Richard Clarke and myself) has shown that most people believe they will be ‘caught’ within the next 3 months.

And when this happens, we know that the severity is likely to be low for the vast majority of people. We can even model this using such mathematical tools as Bayesian statistics (and the like). But Prof Dale Purves and I have written that our brains are not in any literal sense ‘Bayesian Machines’. Yes, we are shaped by the probabilities of past experiences to be sure (see ‘Deviate’). But our perceptions are also strongly influenced by something else: Our ability to imagine an event, and the imagined ‘significance’ of that event.

No matter how probable or improbable the possibility of an experience occurring, we focus on the ‘cost function’ … i.e., the consequence … of the thing happening. And less on the probability of it happening in the first place. It is our imagined answer to “What if?” (when preceded by Why?, and followed by ‘How?’) that got us to the moon. Why? > What if? > How? is the sequence of science itself (which we will be discussing in a later blog). But it’s also what induces us to buy a lottery ticket knowing that the chances of winning are effectively zero. It’s the basis for the Avengers ‘going against the odds’ to save human civilization. Indeed, it’s the basis of any hero’s journey. Have you ever seen an ‘average hero’ that applied statistics dispassionately?

And it’s also the imagined consequence of the ‘What if?’ that causes us to panic in the face of COVID uncertainty.

We weigh the rational probabilities of something happening in general against the irrational significance of what might happen to me. While the probability of a plane crashing is extremely low in general, the cost to me of it not flying thousands of meters above the ground is high.

We can know the statistics. We can also imagine. And it’s this remarkable power of brain’s ability to hold two ‘realities’ at the same time (the one that is, and the one that might be) that is at the heart of any decision to step forward into uncertainty or to step back.

The question for now, faced with the current situation, is … what are you going to do?

Shrink back and panic,

or step forward and expand?

Most of us panic.

So what’s the cost of doing so?

You experience drastic physiological changes. Your muscles tense. Your heart rate accelerates, blood pressure rises, your respiratory rate increases. Catecholamines, which are chemicals used to communicate between your neurons, increase. Then additional brain neurotransmitters and hormones (among them adrenaline) are released that trigger a lasting war-like state of arousal. Your attention locks onto the target of your fear and you can pay attention to little else.

Perceptually, you feel energetic with a strong desire to take immediate protective action. In contrast your ability to think proactively stops, diminishing your perceived ‘space of possibility’. It’s as if your brain runs the following internal dialogue:

“I don’t know and don’t care! Just get away from here!”

And then afterwards, your brain is likely to ruminate on the source of your panic, reinforcing its own circuitry that gave rise to it, making it more likely that you’ll panic again in the face of a similar situation.

In the following video, you will see a real attempted bank robbery in Australia. The robber calmly enters a bank - though presumably he is already at the threshold of panic. He hands the teller a note. She reads it, and then hits a button. The bank immediately shuts down. The robber runs to the doors to escape … but he’s trapped! He cannot get out!

No matter how hard he pushes, the door doesn’t open.

Under the stress of panic, his unthinking brain has become super efficient. But in doing so, his intelligence has crashed into the very door through which he’s trying to escape. He is no longer adaptable. His space of cognitive possibility has collapsed to a single dimension: Forward! He cannot see the obvious solution to the problem that the closed door presents.

What is the assumption that his brain can not see?

That doors pull as well as push. An action that he would have performed literally thousands of times, he cannot see as a possibility. Instead his behaviour maximises the most efficient possible action: TO PUSH!

That’s what happens when we panic. And we’ve all done it (ideally not in the context of robbing a bank). Many of us are doing it now, or did when we first felt threatened by COVID-19. Much like the failed robber trying to push through a door that pulls, we rush out and buy enough toilet paper for a year.

Why? Because we feel the need to do something - indeed ANYTHING - to decrease uncertainty (as described in Episode 3 on the disempowered brain). Action gives the illusion of ‘being in control’. Action itself feels cathartic - whether useful is almost secondary. And unthinking panic spurs more panic, since human behaviour, like the coronavirus itself, is contagious.

Think about deer. They are prey. When grazing, they are exquisitely tuned to each other’s actions and behaviours. Any sudden movement of one alerts the others to potential a threat that they themselves cannot see. Another’s panic gives others advanced warning of imminent danger. Trigger one and you trigger the whole group. Collectively, they are an extended, interconnected alarm system.

We do the same. Human emotions, actions and even motivations are contagious. And not just panic, but laughter, smiling, happiness and sadness too. We frequently copy those that are like us … often without thinking. Which is why collective panic, when controlled from the outside, can be weaponized. Native Americans would induce panic in buffalos, and then shepherd the unthinking stampede over a cliff.

When you enter a collective, emotional stampede, you lose agency.

You don’t know if safety is ahead of you … or a cliff.

It doesn’t even occur to you to ask the question.

But this cannot go on forever.

What often comes next … indeed too often?

Anger, and even hate.

Going from fear to anger is a powerful reaction. And that is the point, it is a REaction, not a PROaction. It’s a very efficient way to deal with the stress of the unknown, because an angry brain is a certain brain … not objectively, but subjectively. You feel justified in almost everything you do and believe, no matter how destructive your actions might be to you or to others. And to make sure you maintain that certainty (since humility is no longer a possibility), your brain unconsciously looks for ‘evidence’ to confirm what it believes to be true anyway. A necessary corollary is that you also ignore evidence that contradicts your beliefs. So much so that to challenge someone’s views, especially a view that defines their identity, actually strengthens it. And the more objective the evidence, the more they will hold to their subjective belief. Data - ironically - can actually push a disempowered brain towards faith … and away from rationality.

Look around you and you’ll see it everywhere

But also look inside you, because you’ll find it there too, and least in the past.

But there is another way.

In our next blog we find out the power of being proactive in the face of uncertainty. 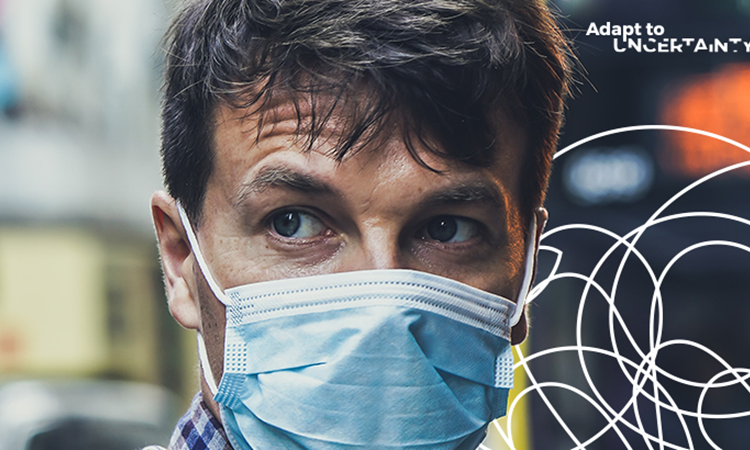 EPISODE 3: YOUR FEAR OF UNCERTAINTY CAN DISEMPOWER YOU 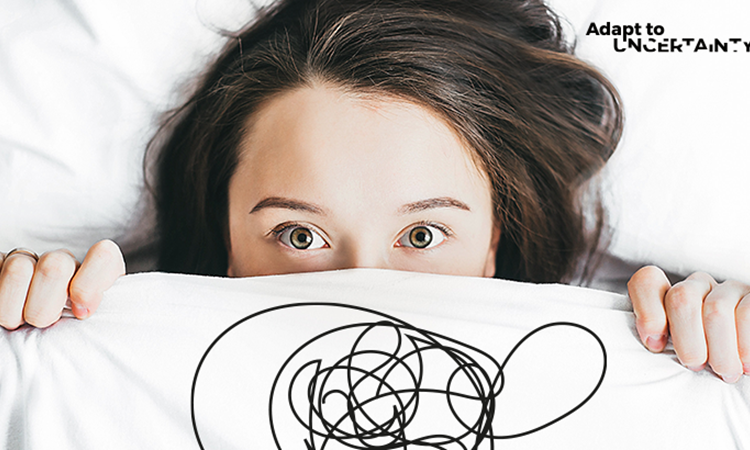 EPISODE 2 - DARKNESS: THE FEAR THAT ARISES FROM UNCERTAINTY 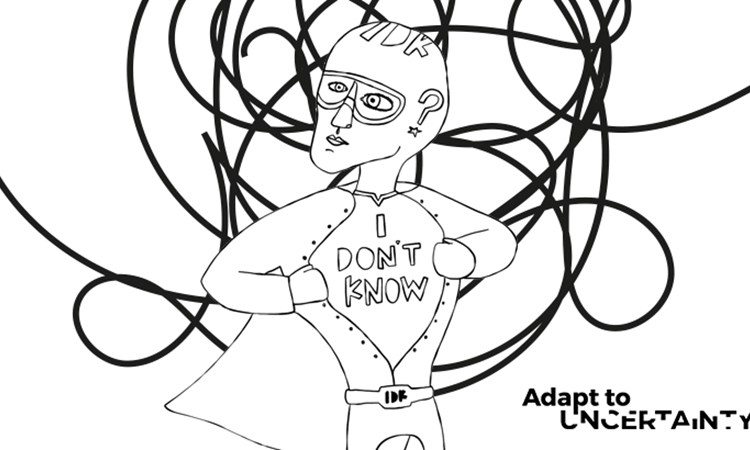 EPISODE 1 - WHAT IS YOUR BRAIN’S GREATEST FEAR?