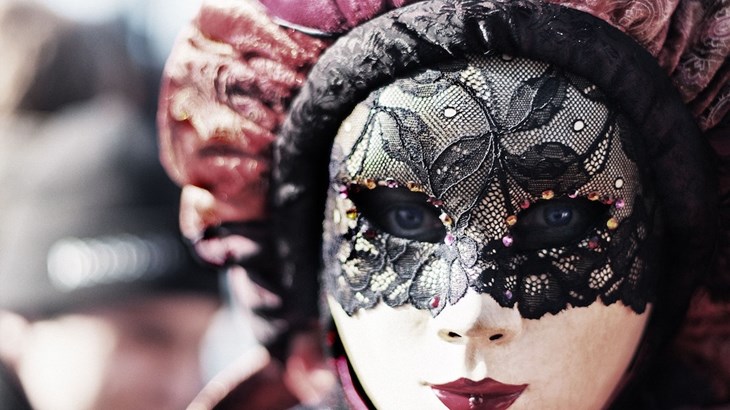 The latest blog from our 'The Art of Perception' series, written by Eitan Perlin, discusses the history of the Venice Carnival - where wearing a mask was not an obligation as it is today, but a privilege.

Masks are by their nature transformative. They replace the first impression a person can’t help but give: their appearance. As we’re currently engulfed in the smothering menace of Covid-19, masks are a social obligation and public health necessity. It is not just the visual change, but also the mask’s presence or absence that immediately transforms how people act around you. Not wearing a mask is considered inconsiderate and ignorant, and leads to dirty looks and people remembering that social distancing should be six feet and not three. However, the masks feel restrictive to some and unbearable to others. One doesn’t have to look far to see people chafing under the new rules. But at another point in history, masks emblemized liberation, freedom, and social equality. Then, masks were not an obligation, but a privilege.

I learned about this historic period quite by chance. I travelled to Venice in February 2020 not even knowing that Carnival existed, let alone that such a joyous annual celebration of culture and life was happening at the time. So, I was pleasantly surprised by the extravagant costumes strolling down the canals. When the coronavirus tore through Italy soon afterward, a different facet of masks overshadowed the marvel and appreciation I’d felt just a week before. This whiplash in perception inspired me to look more into the history of those beautiful Venetian masks and appreciate the time when they meant more than a reminder of isolation and loss. 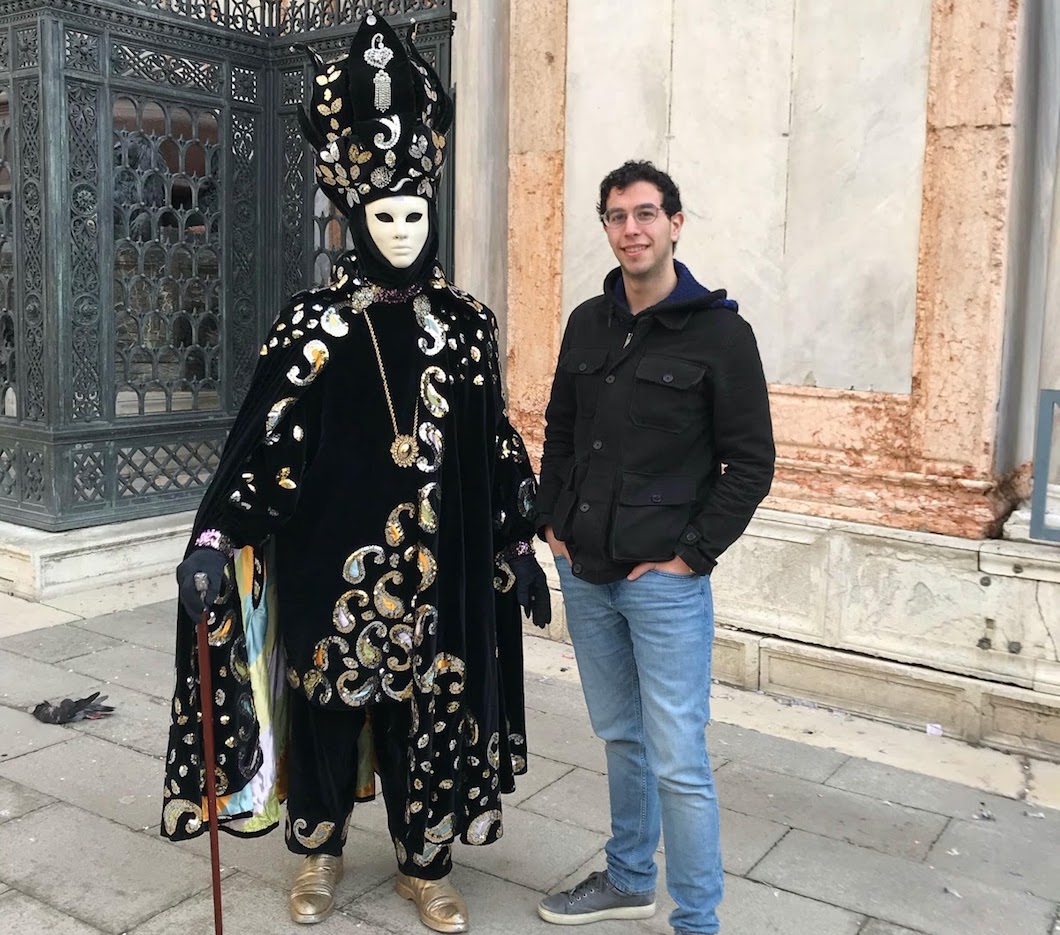 In the Late Medieval Period, around 1268, the first mention of masks was recorded in the laws of Venice. This law banned masked men from throwing perfumed eggs, or ovi odoriferi, at women. Typically, the eggs were emptied and filled with sweet smelling liquids. When they were thrown, they indicated that the thrower fancied their target.

This sweet tradition was outlawed because some people chose to instead fill the eggs with inks and other undesirable substances. Though seemingly small and unimportant, this poultry offense clearly occurred with enough regularity to necessitate legislation. So, we know people were wearing masks over 750 years ago in Venice, and using them for tomfoolery, shenanigans, and general hijinks of the highest caliber. But why?

In this era, Venice lived under a strict class system. Upbringing, family, and wealth dominated people’s perceptions of their fellow Venetians. Masks could bypass those preconceived social attitudes with true anonymity.

By donning masks, the lower-class populace could attend the most exclusive of parties, ‘mingle’ with high society, and talk freely without fear of persecution. Similarly, noblemen, inquisitors, and the like could learn the peoples true, unfiltered opinions by donning a mask and blending in to the crowd. Because of this, masks became integral for everyday life, even extending into commerce. 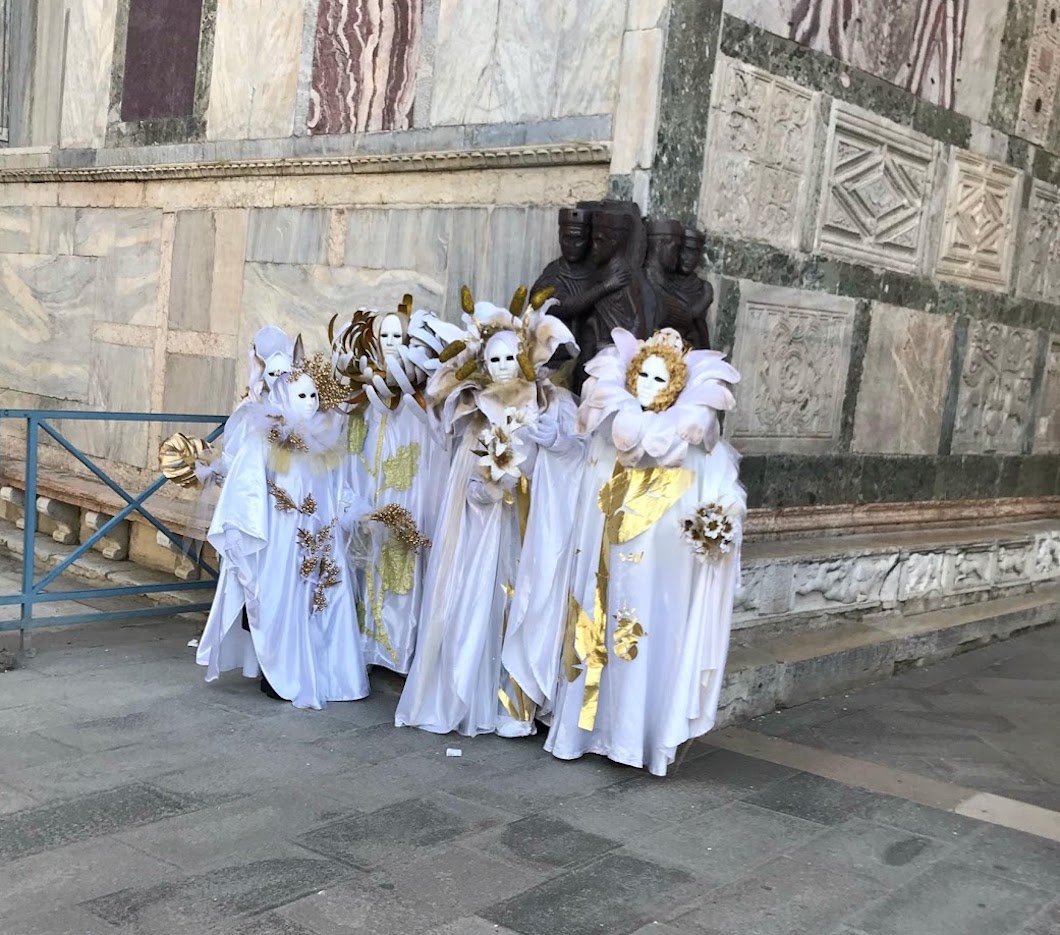 The anonymity of masks facilitated Venice’s transformation to a socially and sexually liberated environment. Women felt more comfortable wearing revealing clothes, homosexuality was accepted behind closed doors, and even nuns and monks could join the godless masses so long as they wore a mask.

Of course, there was an unavoidable dark side to the anonymity of the mask. As Venice was an early adopter of market commerce and immensely wealthy, it teemed with opportunists. Many used the culture of concealment for political assassination or criminal activities. Gambling dominated the city day and night, along the canals and anywhere else people could meet.

Though the Carnival disappeared in 1798 when control of the city was lost to the Austrians, it returned with gusto in the 1980s. Today, Venice’s Carnival is a quintessential Venetian celebration where people from around the world come to prance around in exquisite costumes. It can begin anywhere from the end of January to the middle of February, and end as late as the beginning of March. During the event, the entire city thrums with tourists and revelers.

If you had asked anyone at Carnival what they thought of masks, they would say that they were beautiful adornment that sparked joy and brought people together. If you asked them now, they would probably call them a necessary public health precaution.

But if you asked a Venetian in the height of their republic, they would call them a blessing, and a golden ticket to being whoever you could imagine. 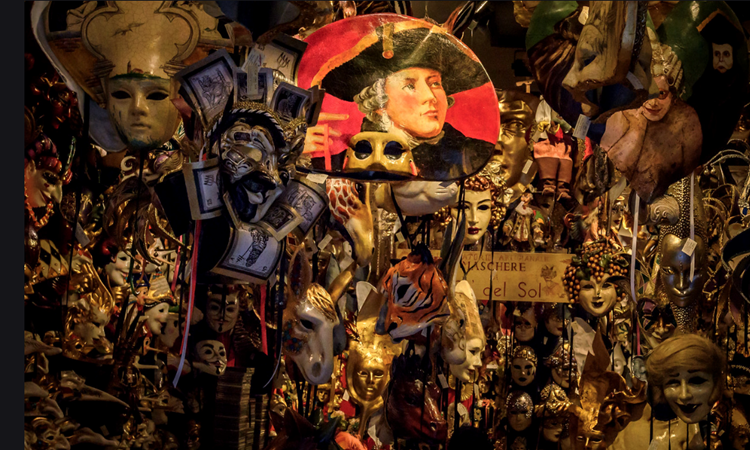 MASKS: A DIFFERENT FACE TO THE WORLD